Coaching and mentoring for tech professionals

How to hire a startup CTO 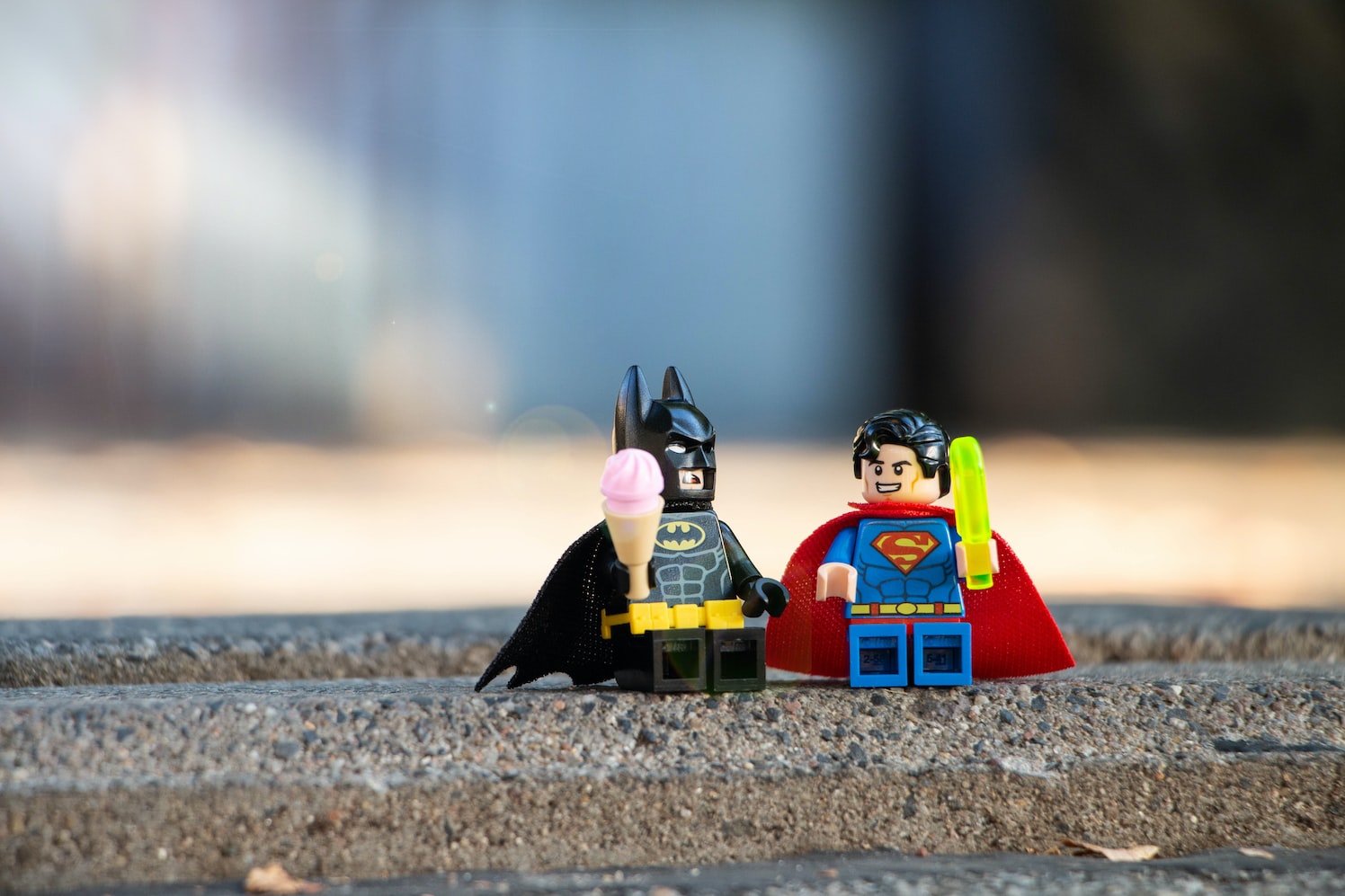 Most new founders ask the question "when should I start looking for a CTO" fairly early on in their journey.

Some, as I've discussed, try to jump straight in to commissioning development work, either by hiring permanent development staff, or by outsourcing.

It's not unusual to see job postings for work in early stage startups like "Developer / CTO wanted" or "Lead Developer / CTO wanted". More often than not, these job postings come with an explanation that the successful applicant will be expected to write software (to specification, presumably) full time to start with, and may then be eligible to "graduate" to CTO once they've proved their mettle. Sometimes these roles are explicitly referred to as "CTO in waiting". One way of interpreting this is that startup CTOs are essentially senior software developers.

But is that really true?

A CTO is not a software developer!

Okay, let's get the easy one out of the way first, shall we?

Clearly, a CTO in an established company isn't a software developer. Nobody imagines that the CTO of HSBC or Sky or Tesco is hacking away cranking out code all day (or indeed any of the day!)

Even established tech companies wouldn't expect their CTOs to be doing much, if any, actual hands-on engineering work.
If this sounds wrong to you, take a moment to think about other roles in those companies. You wouldn't imagine that the CMO (Chief Marketing Officer) of, say, Facebook — or even a smaller company like Monzo — is writing copy and managing AdWords campaigns and posting to Instagram, would you?

Of course, saying someone doesn't normally do a thing isn't to say they shouldn't and certainly not to say they couldn't.
In particular, in the early days of a startup it's very usual to find the leadership team mucking in and doing all the jobs that need to be done.
Here, CMOs do write copy, CEOs do make sales calls, COOs do run the payroll themselves and — sure — CTOs often do smash out some software.

But just as a CMO might not actually be that great at writing copy, or managing social, so might a CTO's strongest suit not be software development. Perhaps they are more of a product person, or a process person, or a futurist, or a visionary.
Perhaps they are really a people person and happen to be an amazing motivator of software developers, rather than one themselves.
To assume that the route to CTO can only be traveled via software development is really to misunderstand the breadth of the field of software product development, and at the same time to do a disservice to all the other integral, skilled professionals who are a part of building tech companies.

A CTO can't be inside a "tech bubble"

💡 Note: commonly "tech bubble" refers to a bubble in the sense of financial markets, but I'm rather fond of using it to refer to an organisational silo. Sorry if it causes confusion, but, well, if you don't like it, write your own damn blog 😜

Despite the fact that a CTO isn't just a software developer with a fancy title, they should still be 100% on top of what's going on. This is no more critical than at the very earliest stages, when funds are severely limited, and one misstep can mean lost opportunity cost and a potentially ruinous outcome for a fragile new business. At the earliest stages, an effective CTO needs to be completely attuned to the business itself — all the comings and goings and subtle shifts in direction that tend to occur on a daily basis — as well as specifically their domain, which is creation of software product.

In this respect, it's a serious error to hire a CTO who advocates carving out a siloed "tech bubble" away from the rest of the company; and likewise to hire a CTO who is not granted the trust and autonomy befitting the highest level of leadership in an organisation. In other words, the "C" in CTO has to be legitimate, not just a gimmick to lure in software developers with delusions of grandeur!

🚨 **I can't count the number of founders I have spoken to who have hired or co-founded ventures with very inexperienced "CTOs", sometimes straight out of university, only to find themselves with a terrible mess on their hands. I would say every one of these stories has resulted in the "CTO" parting ways with the company.**

The tech bubble, and the "them and us" attitudes it so often leads to, will certainly be the subject of another blog, but it is worth noting that it seems to be particularly prevalent amongst software developers.

Here are some of the subtle and not-so-subtle signs of a tech bubble forming:

It's worth noting these last two points arise from "non-technical" people and only serve to reaffirm any divide, rather than work to break it down.

If your startup really is a "tech" business, then by definition, technology (usually software) is at the very core of what it does: what it builds, and the product it sells. With that in mind, doesn't it seem just crazy to risk siloing that core part of your business away inside a bubble? And doesn't it seem equally crazy to choose a CTO to run it who is nothing more than a (sometimes very inexperienced) software developer with a fancy title, rather than someone with deep and proven commercial and people management experience?

It's fair to say that any ideal employee, regardless of their position should be 100% aligned with the business, but the world is seldom an ideal place, and we can usually tolerate a degree of compromise on alignment. For anyone with that magic "C" on the front of their job title, however, there's really no margin for misalignment. What kind of things need to be aligned?

These are really fundamental components of a business, and misalignment of any of them by a senior leader will eventually (if not immediately) be problematic. It's all too common to hear stories of technical leaders not agreeing with the rest of founding teams, and the destructive influence that can very quickly have on a leadership team. Whilst one often hears similar stories involving other departments, in my experience misalignments in those other departments are much more seldomly tolerated, and much more quickly resolved (often through the departure of the problematic leader).

I think the reasons for this common trope are two-fold:

I suppose what I'm really getting to here is that, in a tech company in particular, you should probably apply the same assessment criteria to a CTO as you would to any co-founder, regardless of whether or not your CTO actually is a co-founder, or has a significant equity stake in the business. If your CTO is actually a co-founder, then for heaven's sake don't give them special dispensation just because they appear to be in high demand. If the deal doesn't feel right, better to just walk away. You are more likely to survive without a technical co-founder for a while than if you hire the wrong one. For non-founding CTOs I'd say the same logic applies. It's amazing the amount of damage the wrong senior hire can make in a relatively short space of time.

A good test of alignment for any leader, not just a CTO, is whether they "bang the drum" for the company. Sometimes used in a negative sense (similarly to "drinking the Kool Aid"), here I mean more positively, that the leader actively and openly is seen to support the company generally, and specifically in the four areas I list above. I've worked with leaders who keep up the pretence of being onboard with a company's vision but who under their breath (or get a few drinks in them...) will freely let rip and show you just how much misalignment they really harbour. Those leaders don't tend to last too long, but they can have a deeply unpleasant effect in the short term, which is magnified the more senior they get, because at the top there are progressively fewer people who can get clear visibility on that behaviour or feel comfortable calling it out.

Practical hints for finding a CTO

I hope this article isn't too much of a tease. I know many founders really want a Yellow Pages(†) for CTOs and sadly I can't recommend any. Instead, here's an easily digestible set of Do's and Don'ts which I hope will be helpful in the search:

† The Yellow Pages is what we had before the internet. Look it up 👀

There's loads more I could write about on the subject of what makes a good CTO. Future posts here will dig into more details about what a CTO actually does.

If you're a founder and are struggling to find a CTO or technical co-founder and are worried time is slipping away, check out our Virtual CTO service or just drop us a line — we'd love to hear from you and even if we can’t help directly, maybe we can point you in the right direction!